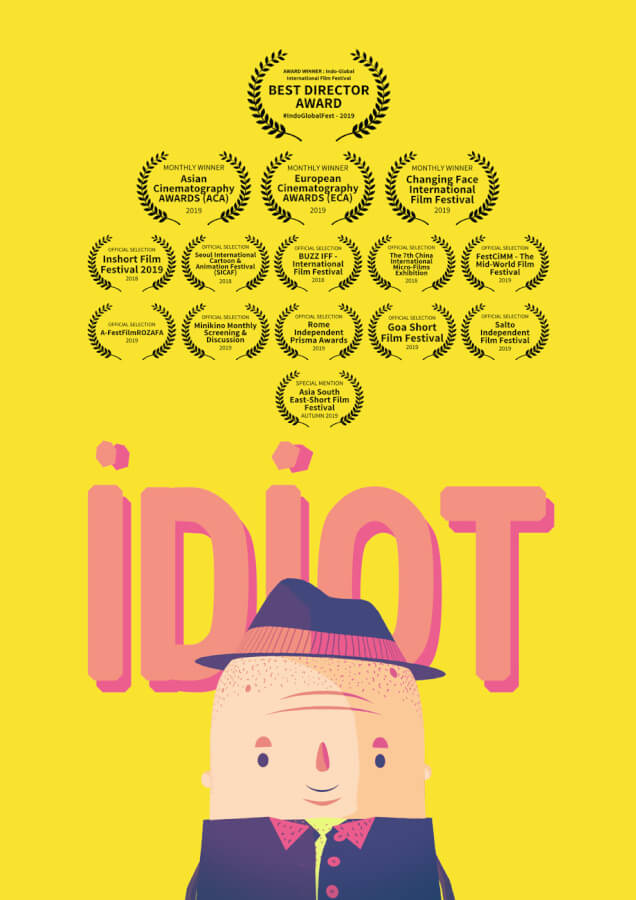 The “Smiling Man”, our hero is, in fact, an “Idiot”. The topic of altruism, when a hero helps also at the cost of not being understood, and his help may be considered annoying, is as eternal as mankind itself. Our story does not take place in aristocratic chambers but rather in an office. The “Smiling Man” is a small officer in a small town who lives 150 years later than the prince (the prince Myshkin). While F. Dostoyevsky depicted altruism in human relationships, our hero lives to work. For him, work is everything, it is something like breathing. Work is his second nature, he doesn’t realise the fact that he is abused by his colleagues, he helps because everybody wants him to help; because he is asked for help. While the topic of Dostoyevsky’s “The Idiot” was altruism, our key topic is the misuse of altruism and its perception as a weakness. The “Smiling Man” slaves for all of them, not only at work, but also at home; without any claim to be paid, without any appreciation from his colleagues or family. He lives the life he considers correct. When a stupid boss unjustly fires him, he is not angry with him. Not even when the boss runs down to the street to give him the food box he has left behind in the office. The “Smiling Man” perceives it as the boss´s favour. He sees a human being in his boss. It would never occur to him, not even in his dreams, that he brought it to him just to prevent him from entering the office any more. Even if it came into his mind, he would never believe it, because he’s a nice guy; he is an “Idiot”.