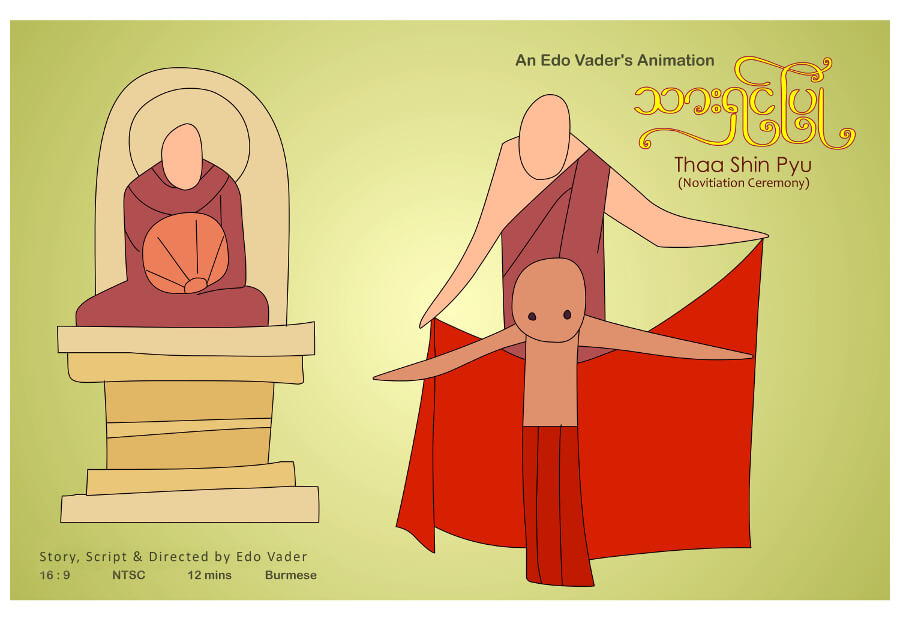 Thaa Shin Pyu is means 'novitiation ceremony'. Ko Ba Maung has a plan to hold ordination for his son after harvesting rice. But government authorities and businessmen seized the land. After seizing the land by government authorities and businessmen, he became homeless. One day, a neighbor passed away while selling the kidney and he got the idea to sell his kidney to hold ordination for his son. On the way back after selling the kidney, he was robbed. Ko Ba Maung committed murder to get the money back which he earned withe his body organ. He was able to hold ordination ceremony for his son. But Ko Ba Maung's lifes end was not pretty.