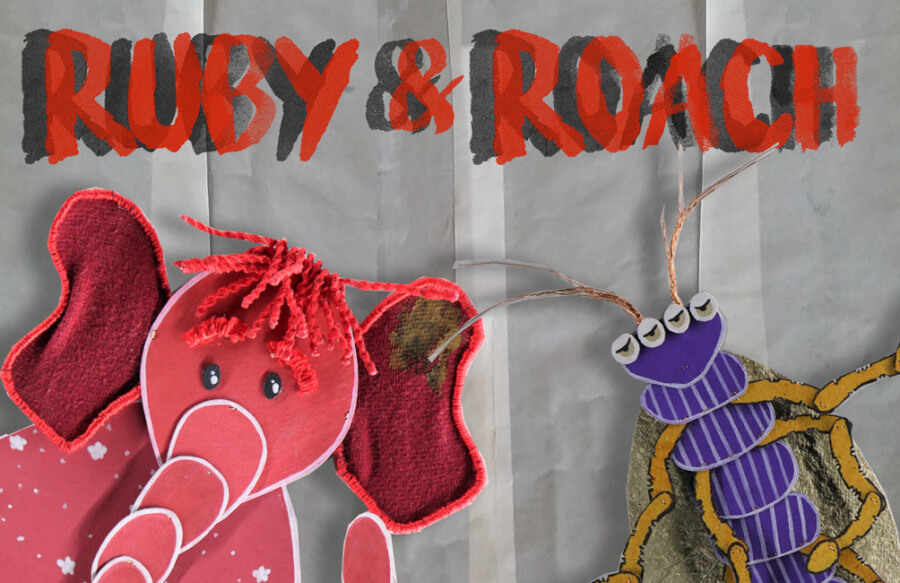 TWO SALE TOYS, CRUELLY REJECTED BY THE BUYING PUBLIC BECAUSE THEY ARE DIFFERENT, MAKE A DARING ESCAPE AND END UP SOMEWHERE QUITE UNEXPECTED AND SOMEHOW WONDERFUL... In an airport, where a flood of anonymous faces hurry by, and airport stores’ shelves are stacked with dozens of identical products, lives Ruby and Roach, two SALE toys. Discarded to the sale shelf, because they are different, they seem fated to stay behind as all the other toys find their forever homes. Sometimes they get lucky and someone takes them off the shelf for closer inspection. But they’re soon put back. Ruby because of her stained ear and Roach… well… he's a cockroach. One day, Ruby, tired of her dreary life, decides to take action and jumps into an open bag on someone's trolley. Roach, in a moment of sheer panic, jumps after her. But before the duo can climb out of the bag, someone zips the bag closed, trapping them. After a short trip in complete darkness, the bag goes through airport security scanner. On screen Roach’s feelers resemble wires of a bomb and… bam! They trigger a bomb scare. The bomb squad arrives, decide Ruby and Roach are harmless and toss the seemingly worthless toys into a dustbin. Freedom at last! Until a dark shadow is cast over the bin... Soon Ruby & Roach find themselves on a rubbish dump. All seems lost till a little girl who lives on the dump, discovers them… It’s a story laden with metaphor about prejudice in society, as well as the generic, mass manufactured nature of the things we desire - told from the point of view of the imperfect and unconventional reject pile.