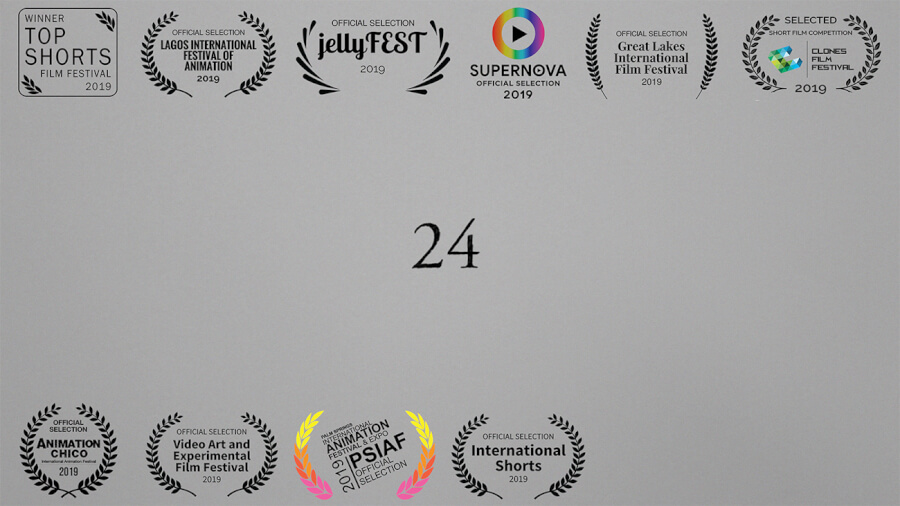 24 is an experimental documentary and animated retrospective of a young man born between different cultures, it depicts moments of memory through short vignettes of the past; Alongside an evolving abstracted animation that grows in complexity. The film tackles issues of culture, memory and trauma through the lens of a person born between identities. The entire film has a strong theoretical base around the number 24.