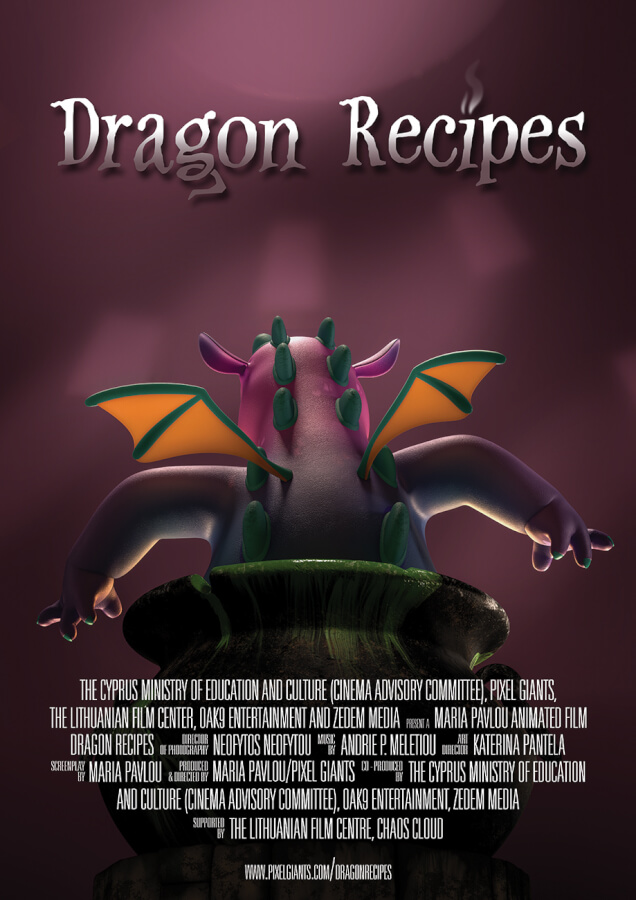 ‘Dragon Recipes’ is a sweet story about friendship and acceptance, for the whole family to enjoy. The protagonist, a young apprentice witch, idolizes a really scary, green witch from magazine clippings and posters. She dreams of becoming a grand witch like her icon and of having her own fierce, fire-breathing dragon. Spontaneous as she is, our little hero decides to create her own dragon, using an old recipe and magic spells. But the inexperienced youngster will surely make mistakes; magic mistakes that will eventually get her a dragon, but not the fire-breathing one she has in mind. Instead, she gets a dragon with a big heart and a special, magical skill. The little apprentice is about to learn a very important lesson about tolerance and personal sacrifice.