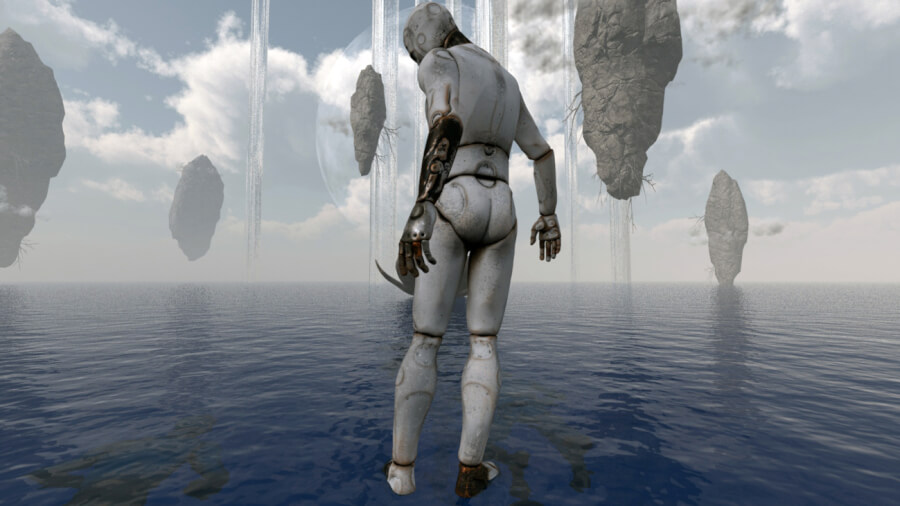 “Immersion” is both a theoretical and a 3D visual arts concept, created for the needs of my dissertation on the MA studies in Digital Arts, of the Athens School of Fine Arts. It took almost two years for the film to be completed, inevitably in parts, since the whole story is estimated to cover 25 minutes in total. For the same reason, a shorter version [06’:21’’] of the main story is presented here. In brief, “Immersion", is a 3D animation sci-fi short film, inspired by the current technological achievements and breakthroughs in the field of Artificial Intelligence and Virtual Environments and by the evolution of Cognitive Science and Neurobiology, as well. The film forms a narration on virtual reality and consciousness, woven through the synergy of different scientific fields. The Key role character of the story, is a software interface agent, who "synchronizes" itself with its operator in an experiment on the field of Neuromorphic Engineering that studies the coupling possibilities of bio-logical and digital information. Failing to reach the desired interconnection time which is required for the synchronization to be completed, the experiment leads to a complete withdrawal of both the bio-logical agent and the interface agent. At the same time, “deviations” that balance the margins between error and evolution, are revealed… The animated film is the result of my theoretic study related to my MA dissertation entitled “A Study on the Sensory Perception in the Context of Neuroscience and Artificial Intelligence”.