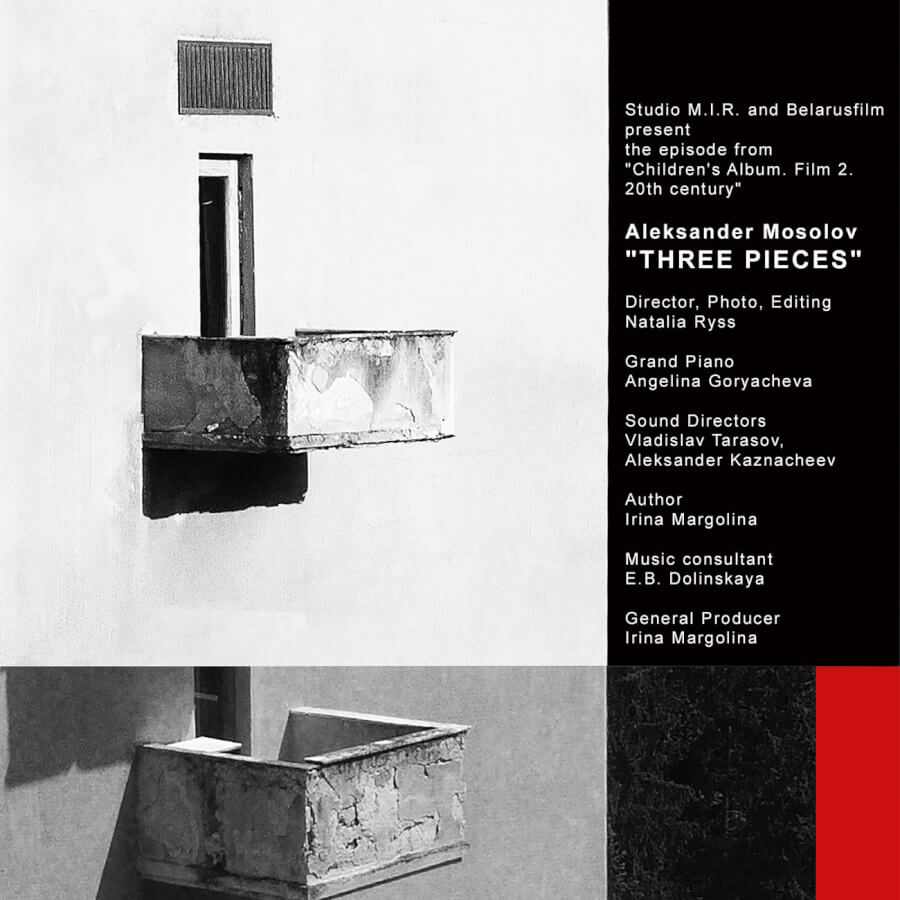 The experimental film is dedicated to Alexander Mosolov's constructivist period, as well as to the architecture and cinema of this direction and consists of three parts I named intuitively: 1. Shadows 2. Movement 3. Volume The structure of the film is close to constructivism visually and rhythmically. The idea of creating a musical-animated album belongs to Irina Margolina. Classical composers’ works for children are performed by young musicians, students of Jacob Flier Children School of Arts. This experimental movie is one episode from "Children's Album. Film 2. 20th century” I used a stop motion technique based on a series of black&white photos (sometimes colored), mixed collage and animation.