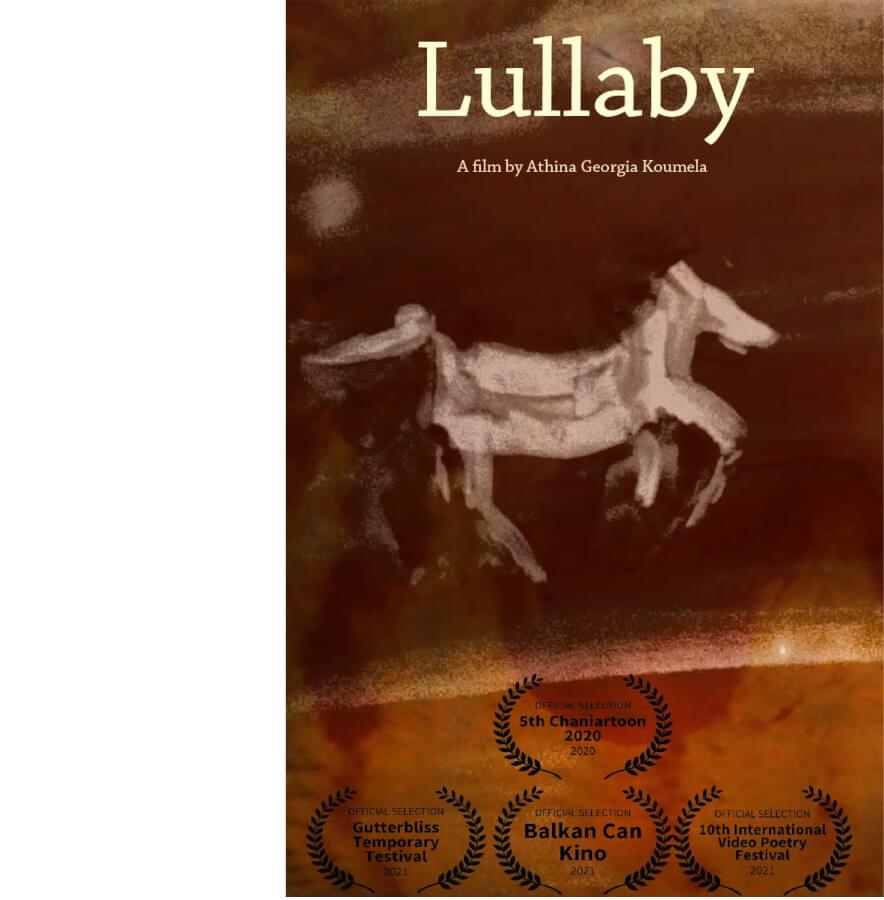 Short animation video, using inspiration from F.G. Lorca’s Blood Wedding. Exploring basic elements of the play, like the horse, the child, the mother I am trying to give an interpretation of the lullaby sung by the wive and the mother-in-law of Leonardo, the only named character in their play, to their child. Leonardo, symbolized by his horse, is going to die in the end of the play, in his attempted escape with the bride. With him, will die the groom going after them as well. The lullaby is pro-economising the slaughter that will occure, it is a mourning before the death. Mourning of the men who fell on the battlefield is tradiotionally a feminine activity, as well as childcare. Mourning sometimes becomes a charming aspect of feminity. Through the play this part of feminity is seen critically, as long as it is a pre-arranged assumption of how a woman should act after the male’s death, be it her husband, her son, her lover, her father, or any other significant male in her life. The bride prefers to mourn the death of her lover and of her husband, and bear the hate of the community, of her family and of the groom’s mother, instead of running away with Leonardo. Leonardo’s wife, and her mother, sentence themselves to an eternity of mourning, of widow-ness, of loneliness, although the dead probably had not been worthy of their mourning. And the groom’s mother, although, in many parts in the play she expresses her desire of her son not to go much away in fear of his death, she gives her blessing to him to go hunt Leonardo who offended his pride by stealing his wife. Because, this is what a woman is supposed to do. And as romantic as it might appear, it is unbearable.
Back
Home Official Selection Schedule News Sponsors Awards Contact
arsanima.eu animartfestival.eu animationmarathon.eu athensanimfest.eu