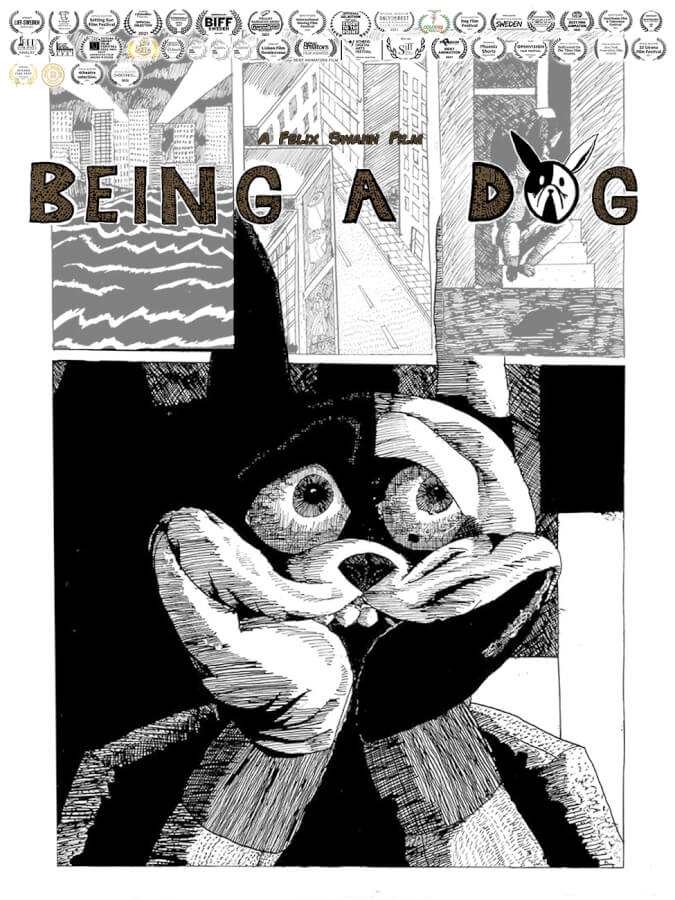 Tim is longing for love. He’s a lonely human being who struggles with exclusion every day. Every time Tim feels different than others he transforms into a french bulldog. Ginger makes Tim feel human. Ginger is an old friend of Tim`s whom he was in love with, unrequited love. Tim collides with Ginger in the street, they talk and become friends again. After meeting Ginger Tim becomes a dog again. This time he chooses to enjoy being a dog and sees all the possibilities of a dog`s life. It’s good to be a human being but it’s good being a dog sometimes too.