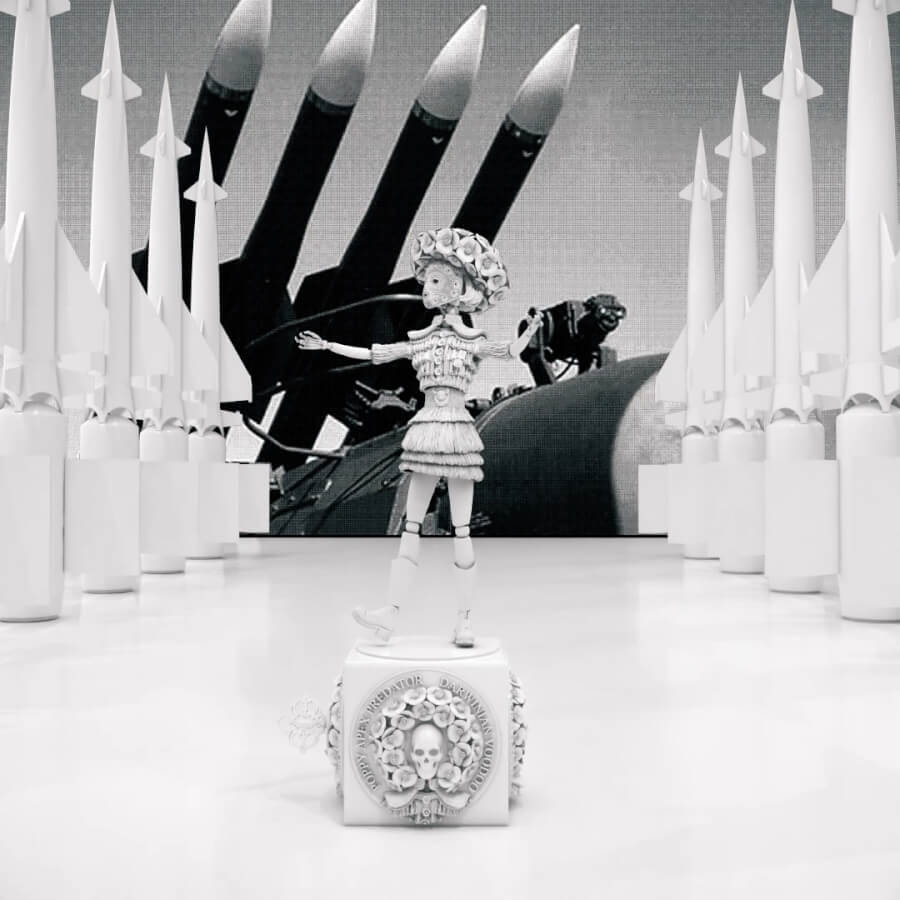 The Danse Macabre, also known as the Dance of Death is an artistic genre of allegory from the Late Middle Ages on the universality of death: no matter what one's station in life is, from emperors, popes, kings and queens to paupers, peasants, labourers and beggars the Danse Macabre unites us all. For in the end, we are all invited to have that final dance with death. Our work updates this medieval Memento mori to critique the global Military Industrial Complex’s that can be seen buying and selling arms and related surveillance technology at numerous international arm fairs around the world. These include international arm dealers, arms trade manufacturers, armed forces, defence contractors, corporations, public relations, lobbyists, politicians, bureaucrats, militia, police forces, mercenaries and terrorist organisations. The work is a Memento mori to all those who participate in the arms industry business that they too will one day have their dance with death. In a sense the work is a curse and "a plague on both your houses". The concept of the Danse Macabre originated in Europe in the 1400’s and the allegory was taken to new heights of popularity in the 1500’s by the virtuoso woodcuts of Hans Holbein the Younger being mass produced through the medium of the printing press.